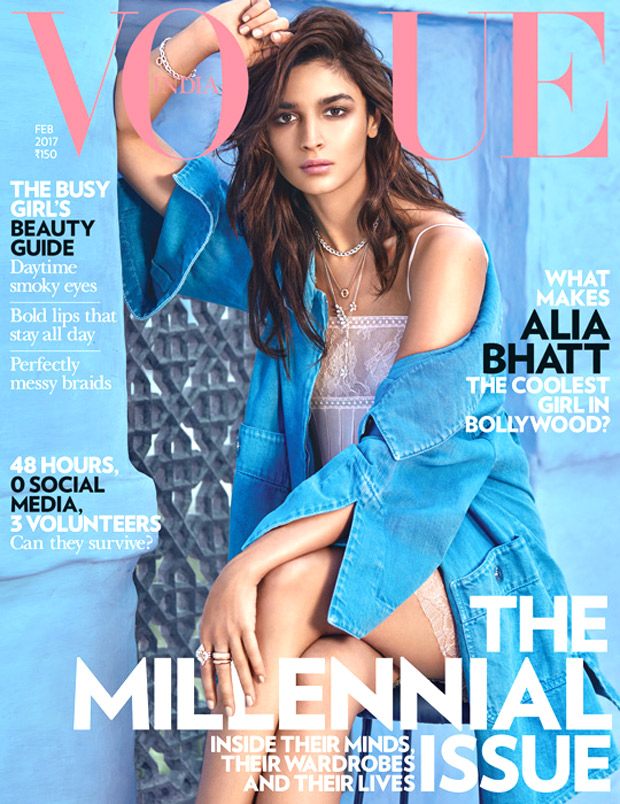 We are kicking off the month of February with the coolest millennial in town- Alia Bhatt. Alia has graced the February issue of Vogue India and looks absolutely stunning.

Alia Bhatt is showcasing new ways to style your denim on the cover as the tagline reads, "What makes Alia Bhatt coolest girl in Bollywood?" The special millennial issue gives an insight to celebrity's mind, wardrobe and glamourous life. Wearing beige colour dress paired up with a denim jacket, Alia stuns on the cover. She is also setting a trend by pairing up a long denim jacket with a swimsuit.

In the latest issue of Vogue, Alia talks about everything from her favourite sex position to spying on a boyfriend to Donald Trump and stealing from the sets of an ad film. In her candid interview, when asked, "Your boyfriend leaves his phone unlocked; what's the first thing you spy on?" She comes back with a witty response, "I know the password to my boyfriend's phone." The actress also doesn't shy away from talking about her favourite sex position- the classic missionary since she is a simple person.

When asked, "One thing you would tell US Prez Donald Trump if you meet him?" Her response is. "I'd build a wall so I don't have to talk to him." Alia talks about Akshay Kumar and considers him the most genuine person in Bollywood. 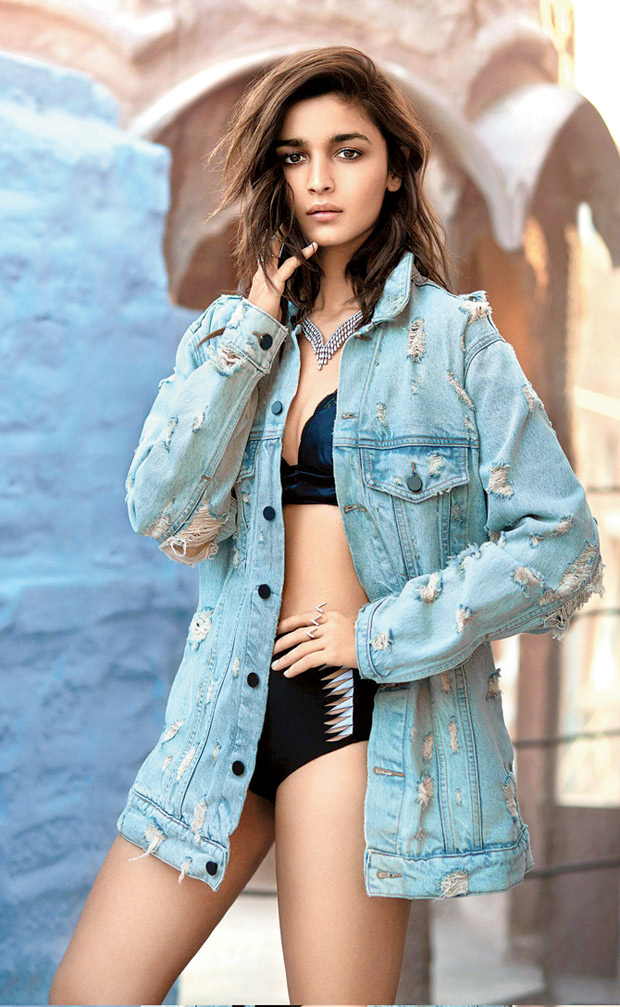 It seems like Alia Bhatt is a huge fan of Hollywood heartthrob Ryan Gosling as she confesses that she would want to spy on him if she was blessed with the power of invisibility for a day. One millennial she would want to swap lives with supermodel Gigi Hadid for 24 hours.

The new magazine cover comes out on stands on February 1. Meanwhile, Alia Bhatt is gearing up for the release of her next film Badrinath Ki Dulhania which is slated to hit the theatres on March 10, 2017.