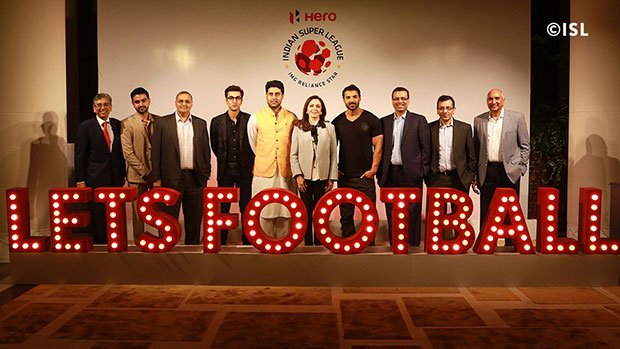 Ranbir Kapoor, John Abraham and Abhishek Bachchan were snapped at the Indian Super League football team owner's workshop that was at Ambani's residence on Thursday.

The trio was joined by Nita Ambani along with other dignitaries to discuss the upcoming league and the football growth in the country ahead of the ISL season 3 opening. Ranbir Kapoor looked dapper in a suit and was seen sporting specs whereas John kept it casual in a black T-Shirt and trousers. Abhishek opted for traditional attire- a kurta and a jacket. 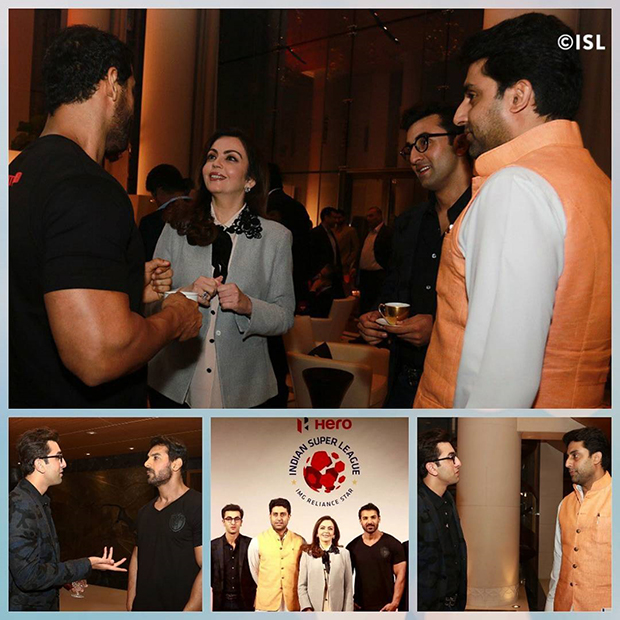 In fact, Ranbir Kapoor was seen catching up with his Bollywood colleagues, John Abraham and Abhishek Bachchan at the event as they were seen chatting away to glory.

On the work front, Ranbir Kapoor is currently gearing up for his romance drama Ae Dil Hai Mushkil which is slated to release on October 28. John Abraham, who was spotted at the trailer launch of Force 2 on Thursday, is gearing up for the same which also stars Sonakshi Sinha in the lead.

As The Undertaker has his final farewell,…

Shilpa Shetty says she is jealous that she…

“Her talent is there to speak for itself”,…