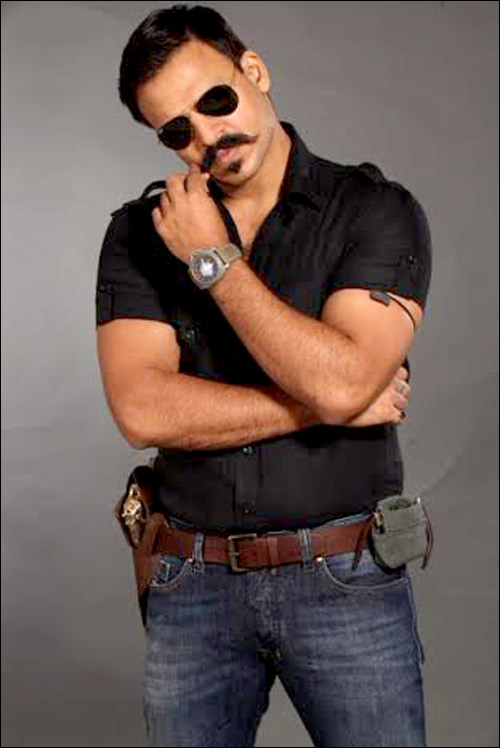 Vivek Oberoi who has deep admiration for veteran Anil Kapoor and his work, recently bonded with him at the Hiru Golden Film Awards in Sri Lanka where the two performed live. Both Anil and Vivek were seen bonding backstage and spoke at length about their upcoming projects.

Interestingly of late Vivek has been spotted sporting a moustache for his look in Bank Chor, however very few know that the actor took inspiration from Anil Kapoor's character in Ram Lakhan which he recently revealed. What's more coincidental is that while Anil Kapoor played a cop in Ram Lakhan, Vivek's role in Bank Chor too is that of an inspector. Commenting on his look in the film Vivek says, "It was great meeting the real Lakhan...Anil Kapoor is truly ever green and continues to inspire generations".

Bank-Chor is said to be a comic-caper, that tells the story of 3 morons trying to rob a bank who pick the worst day possible when everything that can go wrong, goes wrong and how they're inadvertently caught in the crossfire of cops, industrialists and corrupt netas. Directed by Bumpy and produced by Ashish Patil, the film stars Riteish Deshmukh, Vivek Oberoi and Rhea Chakraborty in lead roles.