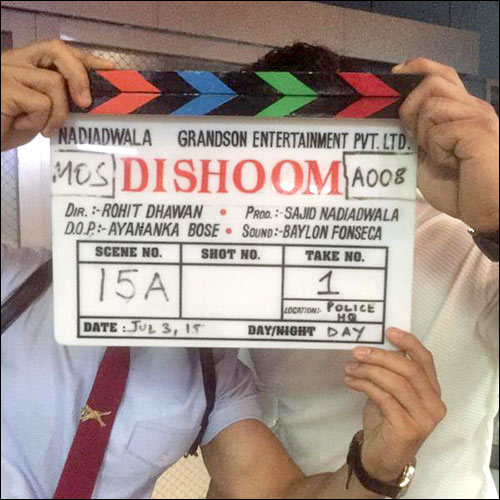 Varun Dhawan is certainly a busy man, with multiple films in the pipeline he has quite literally been jetting around to complete schedules. Well the actor who was recently shooting for Dilwale in Bulgaria is back in the city and has commenced work on his next venture Dishoom.


In fact Varun posted a picture from the sets on the first day saying, "#Dishoom day1 with my big brother @TheJohnAbraham." While the first schedule of the film is being shot at Mehboob studios, the team will later be heading to Morocco for the next schedule.


As for Varun Dhawan, the actor who has been seen essaying varied roles in his past few releases, and is currently riding high on the success of his latest ABCD 2, will be seen speaking Urdu in the film. Produced by Sajid Nadiadwala, Dishoom that will boast of some high octane bike sequences also features Jacqueline Fernandez and John Abraham and is directed by Varun's brother Rohit Dhawan.