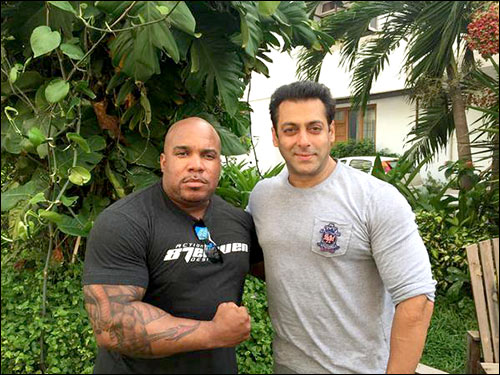 Though Yash Raj Films recently announced its collaboration with Salman Khan for Sultan with much fanfare, the film is still in its initial stages. While recently we hear that the cast and crew had visited Punjab for the shoot of the film, now we hear that international stunt choreographer Larnell Stovell has been roped in for it.

Sultan will see Salman Khan playing the role of a 40 year old wrestler. On the other hand, Larnell Stovell is a renowned name in the west and he has choreographed stunts for some popular films like The Hunger Games series, Olympus Has Fallen, Escape Plan, Battleship, Abraham Lincoln: Vampire Hunter among others. In fact, Larnell even took to Twitter to post a picture with Salman Khan stating, "Looking forward to working with @BeingSalmanKhan soon on #Sultan #Mumbai great meeting you bro, let's make history!"

Rumours have it that Kriti Sanon has been roped in to play the lead of Sultan. However, earlier buzz was that Deepika Padukone too was been approached for the role. Written and directed by Ali Abbas Zafar, Sultan is slated to release in Eid 2016.