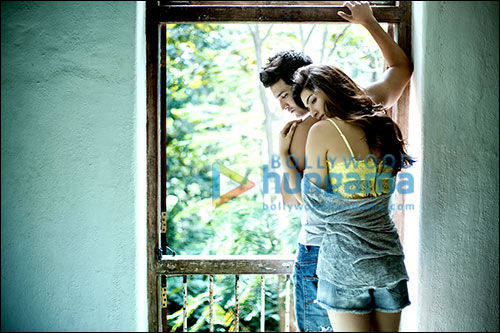 Sushant Singh Rajput and Kriti Sanon create a super-fresh pairing in Dinesh Vijan's untitled directorial debut. The shoot commences early next year and is a high-voltage and hilarious tale of love, dreams and destiny slated to release in November 2016.

While Dinesh Vijan who has produced hit films like Love Aaj Kal, Cocktail,
Badlapur, Go Goa Gone, and Being Cyrus will direct the film, Homi Adajania will step in as producer. The music is being done by Pritam who is looking forward to recreating magic with the same team as he did on Love Aaj Kal and Cocktail. The film is being styled by costume designer Anaita Shroff Adajania who plans to reinvent Sushant and Kriti's look and enhance the strong chemistry that the actors share. The film is written by Siddharth Garima.

This will be the first feature film to go on the floors in 2016 by Dinesh Vijan s Maddock Films (Cocktail, Badlapur, Finding Fanny), who have slated an impressive line-up of projects for the year by directors Homi Adajania, Sriram Raghavan, Saket Chaudhary and Kunal Deshmukh.