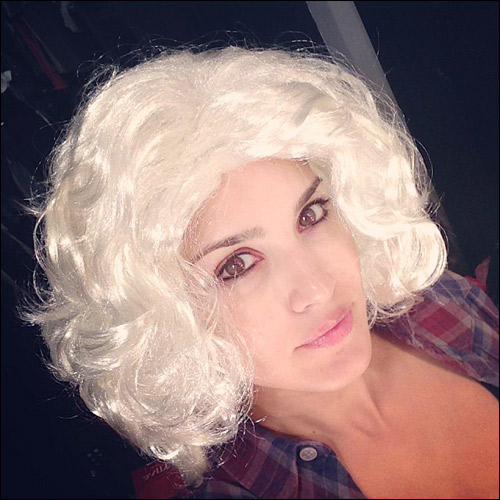 
Posting the image Sunny Leone tweeted, "I got a new haircut and color!! You like??!! Hahahahaha". Seen sporting a blond wig, Sunny Leone we guess is trying to reprise the role of Marilyn Monroe.


Interestingly Sunny's next film that will see her alongside Ram Kapoor features her playing a Bollywood actress and Ram, a boisterous middle-aged Gujarati married man, who fantasises about her, much like the Marilyn Monroe-Jack Lemmon kind of relationship.


The film titled Patel Rap that will be directed by Devang Dholakia is said to be a family oriented entertainer.