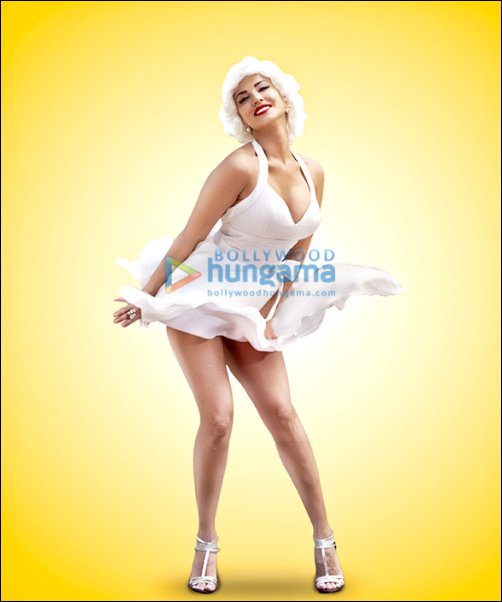 In the upcoming film Kuch Kuch Locha Hai, Sunny Leone will once again be seen in a glamorous avatar wherein she will be paired opposite Ram Kapoor in the film. And now, we get a glimpse of Sunny Leone as the ever so glamorous Marilyn Monroe.


From what we hear, Sunny Leone is a huge fan of the legendary singer, actress Marilyn Monroe. So, when the makers of the film told Sunny about the Marilyn look, she was totally amped up and she even spent a lot of time to get the look just perfect.


Speaking about the look, director Devang Dholakia said, "Sunny Leone is both glamorous and versatile. It's very easy to give her any look which she pulls off convincingly. The Marilyn Monroe look is a cult. Therefore, when we were working on Sunny's looks, it became obvious that we had to do an ode to the yesteryear Diva whose beauty is remembered even today. And I'm happy to say, Sunny has pulled off the look to perfection. She looks glamorous, beautiful and sensuous all at the same time."


Sunny Leone is playing a Bollywood actress called Shanaya in the film and the Marilyn Monroe look is just one of many looks she sports for her role. Produced by Alumbra Entertainment in association with Magic Pictures and Maximus Multimedia, Kuch Kuch Locha Hai is slated to release on May 8, 2015.

“I don’t think cinema is ever going to be…