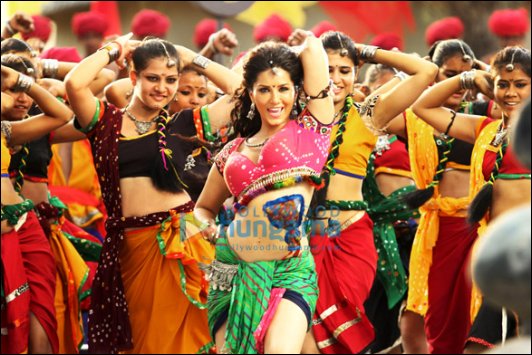 The reworked version of the track, that originally featured Salman Khan and Aishwarya from Sanjay Leela Bhansali's Hum Dil De Chuke Sanam, has been recreated by the Meet Brothers and has been transformed into a Rajasthani folk number. The rights for the original already belonged to T-Series and we hear that the makers erected a massive set in the dunes of Jaisalmer with a crowd of over 500 dancers for the shoot that lasted for a week.

As for the film itself, Ek Paheli Leela, that is said to be a musical featuring nine songs, has been written and will be directed by Bobby Khan.