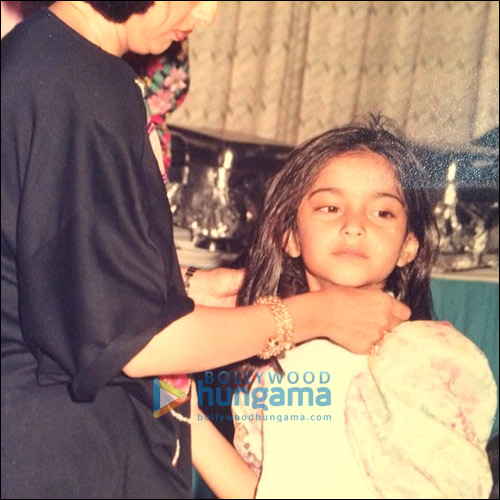 Sonam Kapoor has certainly come a long way since her debut in Saawariya back in 2007. The actress who has since become the face of a number of brands is today looked upon as being one of the most stylish personalities within the industry.

On one hand, while she is busy with her next film Bewakoofiyaan, the actress recently went into a nostalgic mood on twitter posting a couple of images from her childhood. Tweeting two pictures of herself as a child, Sonam commented, "Mini me" on the first while on the second she posted, "Always overacting".


On the film front, besides Bewakoofiyan, Sonam has two films lined up, namely Khoobsurat and Dolly Ki Doli.