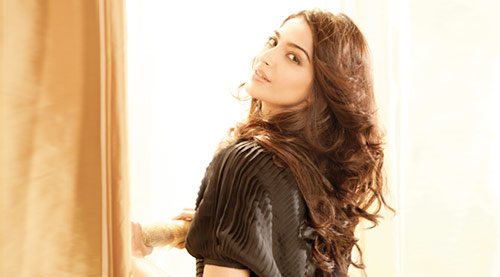 Sonam Kapoor seems to be enjoying a lot of acclaim critically and commercially with Neerja. And now, the actress received a special gift from Neerja's schoolmates in order to

revive the brave act that the PanAm flight attendant did for the country.


Neerja is a biopic based on flight attendant Neerja Bhanot which received full support from the Ashok Chakra award winner's family and friends. As a sweet gesture, Sonam Kapoor who plays the

protagonist recently attended the special screening of the film along with alumni that is Neerja's classmates which was held in their educational institution Bombay Scottish School. On the other hand, as a

token of love, Sonam Kapoor too received a special present from them, a white t-shirt autographed with messages from Neerja's schoolmates. Posting an image of this, producer Atul Kasbekar took to Twitter and

said, "#Neerja Bhanot's class of '78 of #BombayScottish made the reel Neerja @sonamakapoor an honorary classmate".