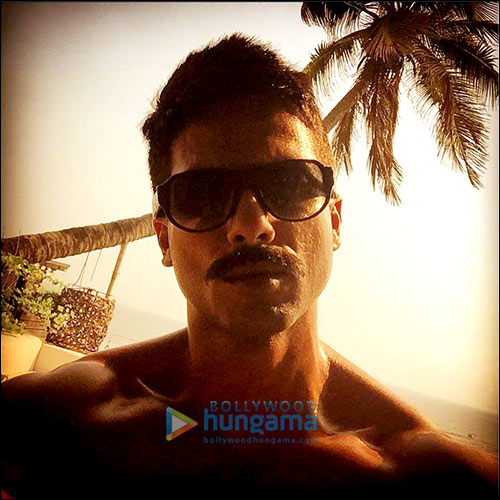 Shahid Kapoor has always been one of those celebs who keep their fans posted on almost everything they do. Well after sharing his look several times before on his Instagram account, Shahid decided to reveal his look yet again for his next venture Rangoon. Posting a shirtless selfie sans the beard that we had got accustomed to Shahid simply posted, "Night all."


As for the film, Rangoon is a 'Casablanca style' love triangle between Kangna Ranaut, Saif Ali Khan and Shahid Kapoor and will focus on the era of Second World War. In Rangoon, director Vishal Bhardwaj will portray the way Indians killed their own kith and kin because they were many who were fighting from the side of British Army against freedom fighter Subhash Chandra Bose and his Indian National Army.