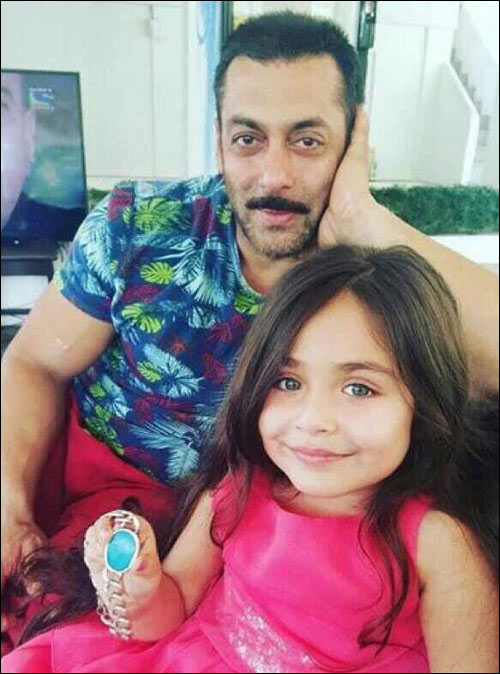 It isn't a secret that Salman Khan adores kids and his Being Human foundation is all about the welfare of these children. His recent blockbuster Bajrangi Bhaijaan too revolved around a little girl who was lost in an unknown country and the film only added to the children fan following of the superstar. This time around, Salman Khan decided to make it special for one of his biggest fans named Suzi and met her recently.


A few days after the release of Bajrangi Bhaijaan, a video posted by Kabir Khan of a small girl crying went viral. The little girl was seen crying her heart out after seeing the film and claimed that she really loved Salman Khan. And the superstar being a generous man decided to pay a visit to this little angel. A picture of Salman Khan posing with Suzi holding Salman's lucky charm (his bracelet) has gone viral on the web with fans of the superstar appreciating the actor's efforts to take time out for her.


Bajrangi Bhaijaan also starring Kareena Kapoor Khan and Harshaali Malhotra turned out to be one of the biggest blockbusters of 2016. Directed by Kabir Khan and produced by Eros International, the film was released during Eid on July 17, 2015.