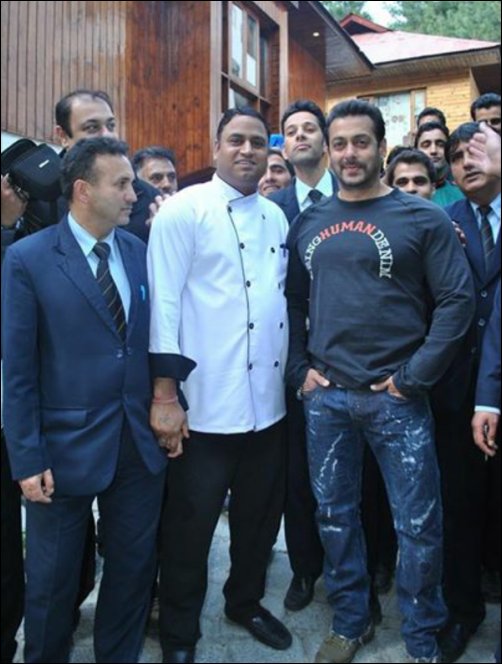 Last week was filled with trials and tribulations, quite literally for Salman Khan. Apart from him, thousands of fans of this superstar, were praying and campaigning for him on social networking sites over the verdict on the 2002 hit-and-run case. However, after the series of controversies, Salman Khan is back to completing his films.


While many were afraid of the actors' films which are scheduled to release this year, the producers heaved a sigh of relief when Salman Khan was given the permission to continue with his shoots. The actor, first flew to Kashmir, wherein he was required to finish the schedule of Kabir Khan's Bajrangi Bhaijaan. Knowing the kind nature of the star, Salman Khan once again did not disappoint his fans and decided to pose with the staff of one of the hotels during his stay at Pahalgam.


On the other hand, rubbishing rumours of a delay in the release of Bajrangi Bhaijaan, Kabir Khan took to Twitter to announce the same saying, "#BajrangiBhaijaan is definitely releasing this Eid... The media reports are rubbish.." The film in question also stars Kareena Kapoor Khan and Nawazuddin Siddiqui and it is produced by Eros International.