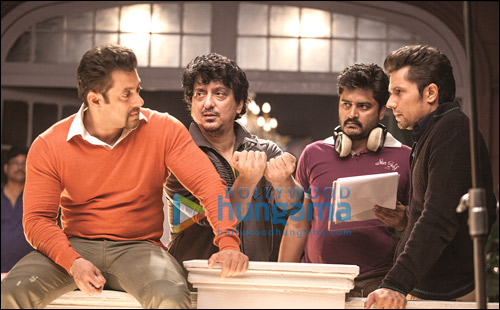 Sajid Nadiadwala, producer for over 28 years, turned director with Salman Khan starrer Kick, which is one of the biggest blockbusters of 2014. A source close to the producer on request of anonymity said that Sajid Nadiadwala is getting special coffee table books of Kick made as a part of memorabilia.

On request, the source revealed, "This book covers the journey and will have very interesting things that went into the making of this high octane action film. Right from the making of the mask to shooting of the most iconic and stylish train sequence, the book beautifully captures the spectacular journey of making the film."

The producer is very happy and excited to send the coffee table book along with DVDs of all his films that released in 2014 as keepsakes to all his friends.


This gift will be shared on the occasion of his production house Nadiadwala Grandson Entertainment entering the 60th year of operations.