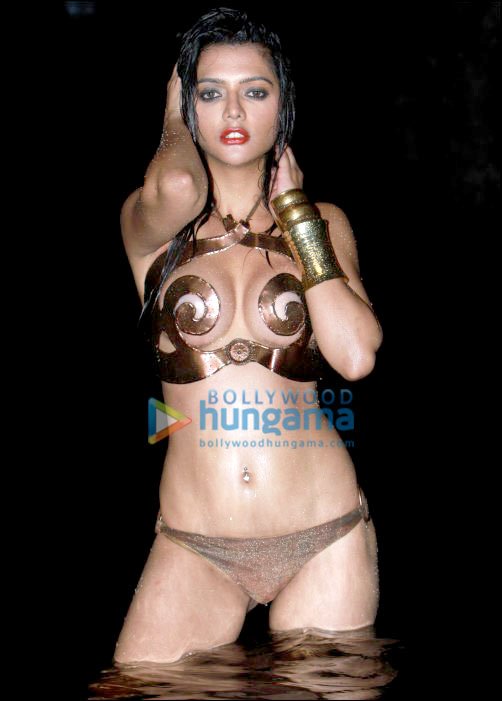 Madhur Bhandarkar, who is known for his rather off beat hard hitting films that focus on the lesser known and seen aspects of society, is gearing up for his next release Calendar Girls. While the media has been buzzing with reports of the film that focuses on the life of real 'Calendar Girls', we know that it is based on a rather prolific business tycoon known for his annual calendars.

Bollywood Hungama came across this image of Ruhi Singh, one of the five girls who will be making her debut with the film. Ruhi, who is a Former Miss India caught, Madhur's eye with her work in the Canadian documentary The World Before Her that she shot for after winning the Miss Universal Peace and Humanity beauty pageant in 2014. Playing the role Mayuri Chauhan in Calendar Girls, Ruhi certainly is set to make a rather stunning debut. Seen sporting a sexy two piece bikini here, this is one of her looks in the film.

As for the film, Calendar Girls focuses on five girls who hail from different regions of India, and who have been selected to pose for the country's most prestigious annual calendar which is a joint effort between business tycoon Rishabh Kukreja and his photographer friend Timmy Sen. Co-produced by Sangeeta Ahir and Bhandarkar Entertainment, the film is slated for release on September 25, 2015.

“My quotes on my son’s divorce are…