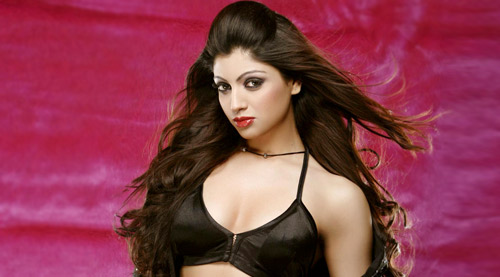 If Madhur Bhandarkar was looking for a young woman who could just walk into the setup of his Calendar Girls, then Akanksha Puri could well qualify as the right person who emerged at the right time at the right place. For someone who wasn't directly attached to the world of glamour but had witnessed the whole environment up, close and personal, courtesy her job at Kingfisher Airlines, Akanksha came with quite a few stories of her own to be told. While Calendar Girls as a film is waiting to be unveiled, Akanksha insists that there is a lot more to be seen in the film than just five great looking girls in bikinis on the beach.

The film deals with the modeling industry. Was it really a cakewalk for you to find a place in there or there was some real effort required to get the part right?

Not many are aware but there was a time when I was working with Mr. Vijay Mallya. I was a member of his company's international cabin crew. Back then, I was very fond of this whole 'calendar girl' thing. I used to think that even I could be a part of one of these glamorous calendars. In fact we girls used to talk about that a lot (smiles). We were quite fascinated with the whole thing.

So was it akin to a dream come true by bagging Calendar Girls?

Not really, I won't say that acting as a 'Calendar Girl' was a dream per se. That said, when I used to see those 12 pretty pictures on the calendar, my heart did pine to be one amongst them. I couldn't really become one in real life due to my other job but when I found out that Madhur sir was making a film on Calendar Girls, I thought of realizing my real life dream through this.

You weren't directly exposed to this world though.

Yes. In fact at times even I wondered if I would really fit in the bill since they were actually looking for a super model. However, fortunately for me, he said that he found the character in me. In fact now that I have spent a year working on the film, I have personally come to know about so many things pertaining to the world of glamour.

Considering the fact that Madhur Bhandarkar has time and again made successful films with female protagonists, you must have been pretty convinced of being presented quite well on screen?

See, first of all there are few people in Bollywood today who make real cinema. In that sense, Madhur sir is a pioneer in himself. Also, he is known for being an actor's director. His forte lies in extracting very good performances from his actors. I definitely feel that to make a debut with a film like Calendar Girls is a huge high. This way, I can truly mark my presence as an actor. As for the physical presentation then let me tell you that Calendar Girls is not just about glamour. Do not see it as a bikini affair. I have also been shown in sarees and it is my character, and not my dresses, which would speak the loudest.

Nia Sharma looks stunning as she poses in a…