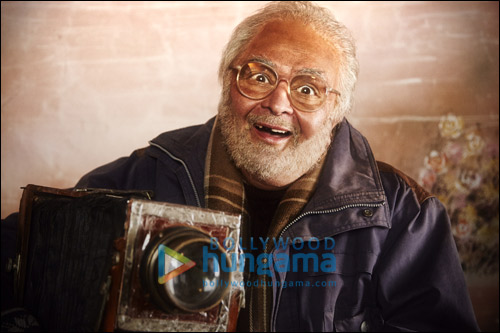 For the first time, one will see Rishi Kapoor donning a look of an 85- year old grandfather in Bhushan Kumar's musical romantic Sanam Re directed by Divya Khosla Kumar. The dedicated actor use to be the first one to report on sets in order to literally get into the skin of his character. The actor and director went through more than 100 references to zero down on this look.

Speaking on his look, director Divya Khosla Kumar says, "Rishiji is essaying the role of an 85 year old man and this look has blown everyone away! The makeup took close to 4-5 hours and he never complained even once. What enhances the look further is the attention to detail and nuances worked upon by Rishiji such as the body language, the expressions, he even picked out the character's spectacles himself from a market and that highlights his passion as an actor and commitment to the role."

The director adds, "Rishiji is a very dedicated actor and directing him has been one of the most memorable and learning experiences for me personally. It is clearly evident through his hard work and passion that the actor is called one of the superstars of our country. He would report on sets before time, even in the freezing minus temperatures of Shimla where Sanam Re has been shot."

Pearl V Puri to star in a music video with…