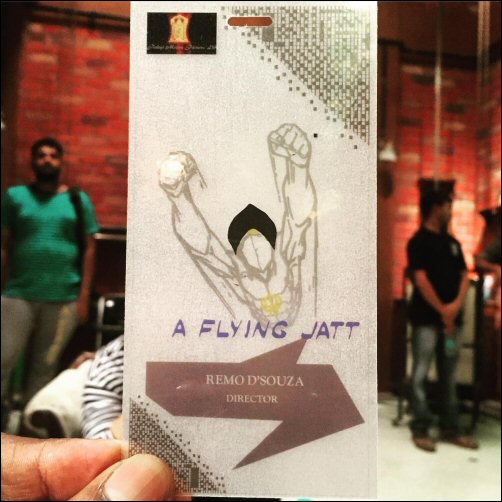 Choreographer turned director Remo D'Souza who has been on a high with his recently released film ABCD 2 - Any Body Can Dance 2, making it big at the box office, has

decided to commence work on his next. In fact, Remo posted the first image announcing the commencement of the project titled A Flying Jatt on instagram saying, "Life is all about the next

step. Thank you all for so much love for ABCD 2. Need blessing for my next step. #aflyingjatt".

Directed by Remo, The Flying Jatt will feature Tiger Shroff, who will apparently undergo a seven day training program for his action sequences in the film, since he plays a superhero in the

film. In fact the film will be the first to feature a turbaned superhero.

As for the rest of the cast, joining Tiger will be none other than Jacqueline Fernandez. Produced by Balaji Motion Pictures The Flyting Jatt is slated for release next year.