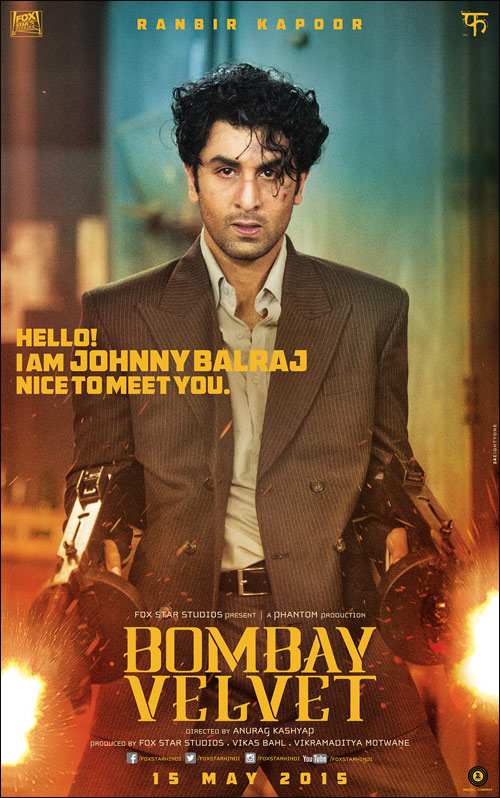 Just yesterday the teaser poster of Bombay Velvet was released that featured Ranbir Kapoor as Johnny Balraj. Seen posing in a greasy ganjee, Ranbir's avtar was that of a street fighter set in the backdrop of late 40s.

Now the makers released yet another image of the actor from the film, this time in a completely new avatar of a gun-totting action hero. An Anurag Kashyap directorial Bombay Velvet is a romantic thriller set in the 60's and it will see Ranbir Kapoor pull off several action sequences.

The film itself revolves around the charcter of Johnny, who desires to be a Big Shot in life and falls head-over-heels in love with Rosie, a singer that is being played by Anushka Sharma. Produced by Phantom in association with Fox Star Studios, it is slated to release on May 15.