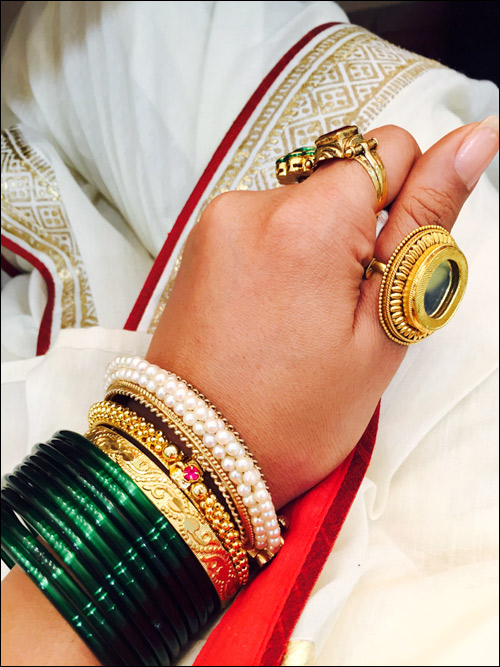 A while back we had reported that Sanjay Leela Bhansali's next venture featuring Priyanka Chopra and Ranveer Singh, Bajirao Mastani would be one of Bollywood's biggest films budget wise, later we had also reported on Milind Soman joining the crew for the film. Well, the shoot of the film commenced recently with Priyanka Chopra.

Announcing the same Priyanka Chopra took to twitter posting an image while on sets saying, "And it begins ... #Day1 on Bajirao!! God bless. Blinders on.. The rest can do exactly that. Rest in Peace." Priyanka Chopra who has been on a high thanks to the recent success of her film Mary Kom, though excited about the shoot, still felt a nervous pang. In fact she before revealing an image she tweeted, "Sometimes starting something is so scary n I haven't felt a new beginning for a while.Super excited and totally nervous! Bajirao starts Tom!"

Said to be a period epic to be co-produced by Sanjay Leela Bhansali and Eros International, the film is expected to recreate a chapter of Maratha history that would require mammoth expenses.