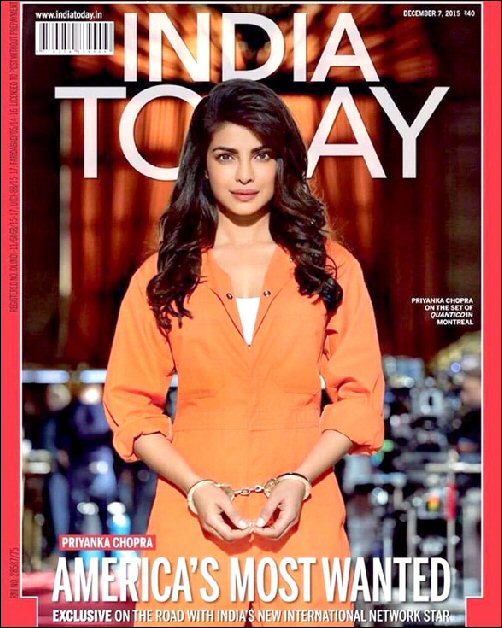 With Priyanka Chopra trending as one of the most sought after television actress post the success of the thriller series 'Quantico', the actress is now being considered as one of the top notch global celebrities. The former beauty queen has now featured on the cover of one of the country's most prestigious magazines, 'India Today'.


Unlike her glamorous self, Priyanka Chopra is seen on the cover in the avatar of Alex Parrish, sporting a prisoner look, after she gets arrested in the latest season of the series for allegedly masterminding a terrorist attack. The actress also posted the cover on her Twitter handle stating, "This was one cover I always wanted to be on! Thank you @IndiaToday". The cover is dedicated to Priyanka Chopra and the edition includes an exclusive tete-a-tete with the actress in 'America's Most Wanted'.


Priyanka Chopra is currently in Montreal completing the shoot of 'Quantico'. The actress is all set to arrive next month to join the cast of Bajirao Mastani, Deepika Padukone and Ranveer Singh to promote the film.