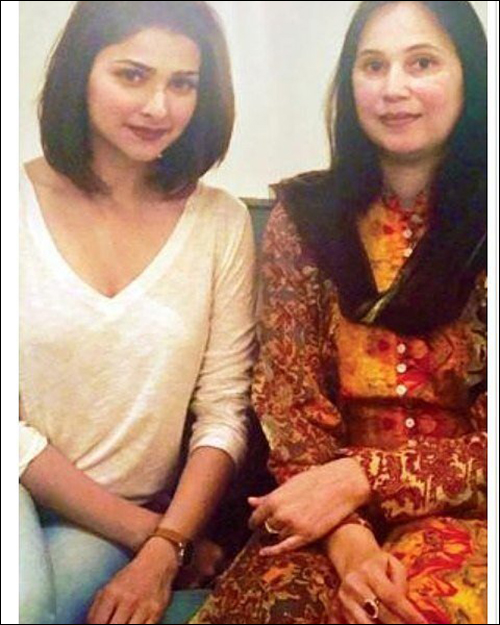 Though we haven't seen Prachi Desai frequently on screen of late, the actress has quite a few projects lined up in 2016. It was announced last year that Prachi will be a part of the upcoming biopic Azhar and she recently met up with Naureen, the first wife of cricketer Mohammad Azharuddin.


Prachi Desai, who will be seen as Naureen in the biopic on Azharuddin, met up with the former cricketer's wife in Hyderabad where she resides. A picture of the two has now gone viral on the web. Azhar traces the journey of cricketer Mohammad Azharuddin, from his initial days of struggles as a cricketer to his days as an Indian cricket team's captain. The film will also focus on Azhar's personal life, including his marriage with former Bollywood actress Sangeeta Bijlani.


While the titular character of Azhar is played by Emraan Hashmi, Nargis Fakhri plays Sangeeta. Produced by Balaji Motion Pictures and MSM Motion Pictures, the film is slated to release on May 13.