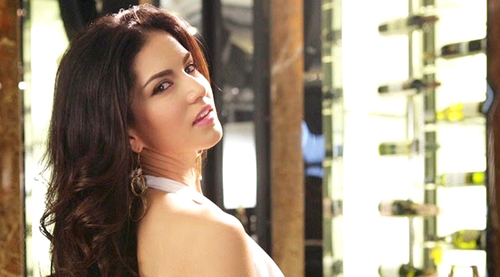 The 'graceful' and 'dignified' Sunny Leone put up a great show during Bhupendra Chaubey's interview, which became infamous after many termed Chaubey's line of questioning as inappropriate. Despite

being constantly probed about her past, Sunny handled the interview bravely without walking out of those downright offensive and misogynistic comments directed towards her. Many A list celebrities

have come out in support of the Bollywood actress since. However, there was one important point that the interviewer Bhupendra made that got us thinking - Was he really right in saying that Indians


How many of us actually think that Sunny Leone is a mainstream actress? Well, there is one point that differentiates her from others and that is curiosity. Ever since her entry in Bigg Boss till

her last film Kuch Kuch Locha Hain, the actress has always managed to retain the curiosity quotient about her that often proves to be her USP.

stars who aim to make it big in the industry. Many known faces have entered this house and returned losing whatever little fan base they had and some who bagged big opportunities in the industry

post the stint failed to live up to it. But Sunny Leone is one of the rare stars whose entry in the reality show gave her the chance to fulfill her dreams and today, she has become a star who is

famous enough to be invited on a prime national news channel for an interview. Doesn't that place her on a much higher pedestal compared to certain people (who would like to be called stars) like


Her connect too we believe is quite mainstream, courtesy her hosting stint in Splitsvilla. The actress hosts a youth oriented show on a popular music channel with many youngsters as contestants for

the past two seasons. The makers actually planned to retain her for the second season after seeing the popularity of the first which does prove the fact that television has always been a strong

medium for Sunny, especially since she can connect with the youth.


What proved beneficial for the star was also her 'past' and not in the way Bhupendra Chaubey would have liked to describe it in his interview. It is a renowned fact that Sunny Leone never shied

away from her past and has definitely never mentioned of being ashamed of it. And it is this honesty that has got her a handful of fans. These fans may not be impressed with the 'actress' Sunny

Having said that, are these fans strong enough to change the mindset of Indians in general? Can she play the next Tulsi or Parvati in saas-bahu sagas? Unfortunately, that will remain an unfulfilled

dream and it has nothing to do with Sunny's acting skills. Yes, it may be impossible to imagine Sunny Leone as the saree-clad bahu but that holds true for most actresses in Bollywood. However, we

wonder if we will ever be able to see the actress playing a simple girl's role like Geet in Jab We Met or Parineeti in Ishaqzaade. Though there are many who have been bashing Chaubey

for his interview on social media for insulting the actress, we wonder if the prejudices attached to her past will ever wash away. There are still many who believe and comment about the skin show

Sunny does on the silver screen despite the fact that many actresses have donned bikini in films. In fact, the actress' name is often synonymous with sex comedies or erotica. For example, her

upcoming film Mastizaade has already been in the news for long, courtesy the stringent rules of the censors who were planning to chop off a major chunk of the film in the name of obscene and


However, we do not deny the fact that the actress too requires an image makeover. May be choosing much more content driven cinema may help benefit her career. A role that requires more of emotions,

feelings and dialogues must be given preference over dancing on Honey Singh songs and skin show for Sunny Leone. Well, it isn't a cakewalk to break stereotypes attached to her previous profession

especially in a country like India where sex definitely sells but nobody wants to be associated with it. Even when a long standing and reputed Bollywood star is dragged in the murky world of their

past, the unhidden truth of Sunny Leone's life is not going to be wiped away automatically and requires efforts even from her side to break this image barrier that people have built in their minds.

It is not just the fans or Sunny Leone to be blamed. The fraternity of Bollywood which now stands united in support of the actress who was on the receiving end of the interview is probably the

first positive step that the industry has taken as a whole in accepting Sunny Leone as a part of Bollywood. The mainstream, commercial and high profile actors and actresses have rarely acknowledged

her presence so much so that we haven't seen the actress perform on reputed award shows. Today, whilst they voice out their support loud and clear on social media, there are many who still doubt

the authenticity behind the actors shedding inhibitions of working with Leone. Aamir Khan recently spoke about how he has no problem in working with her and claimed that her 'past' doesn't matter

after his name was dragged in the interview by Chaubey questioning inquisitively to Leone saying that the superstar may never act with her because of her 'past'. While we are thrilled to see Aamir

Khan, amidst his busy schedule, respond to the comment and appreciate Sunny's courage to handle the interview, we wonder if the words were just made as an effort of empathy and if they would even

turn into reality. Do you remember the miniscule cameo (blink and miss appearance rather) of Sunny Leone in Singh Is Bliing? Let's hope in a bid to turn mainstream we get to see some acting

of Leone and not just appearances in big starrer, big budget films.

as a Deepika Padukone or a Katrina Kaif in Bollywood?