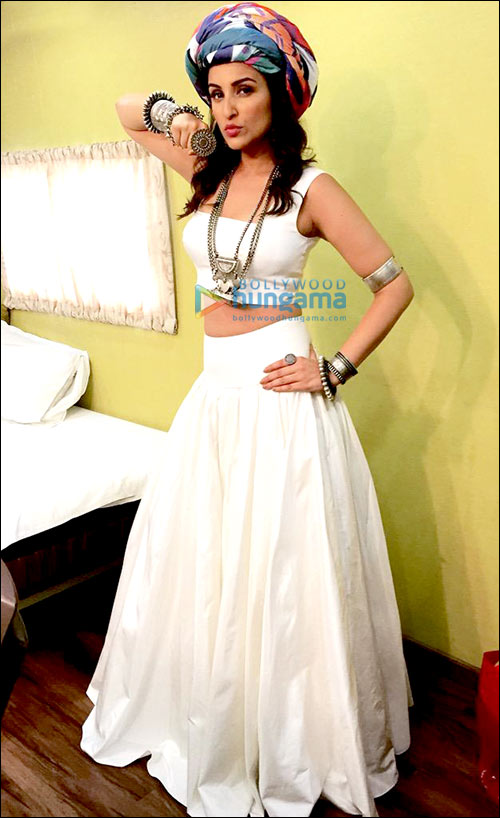 Just a couple of days ago, Parineeti Chopra made headlines when reports of her being roped in to be part of the MS Dhoni biopic surfaced. On the other hand, the actress who recently reached the 5 million followers mark on twitter just posted a few images in a rustic turbaned look as an ode to Bajirao Mastani.


Posting the first image of her draped in white lengha, colourful turban and heavily accessorized with silver bracelets and necklaces, Parineeti Chopra tweeted, "Sneak peak into today's madness! Watch out for this one!!! #shootLife #Fitness." Later adding another image in the same getup but with a different pose, she added, "My ode to bajirao!!! Whatttaaa teaser!!! @RanveerOfficial @priyankachopra @deepikapadukone".


Though the actress seems pretty pepped up about the Sanjay Leela Bhansali film Bajirao Mastani that features Ranveer Singh, Deepika Padukone and Priyanka Chopra, on the film front Parineeti was last seen in the 2014 film Kill Dil.