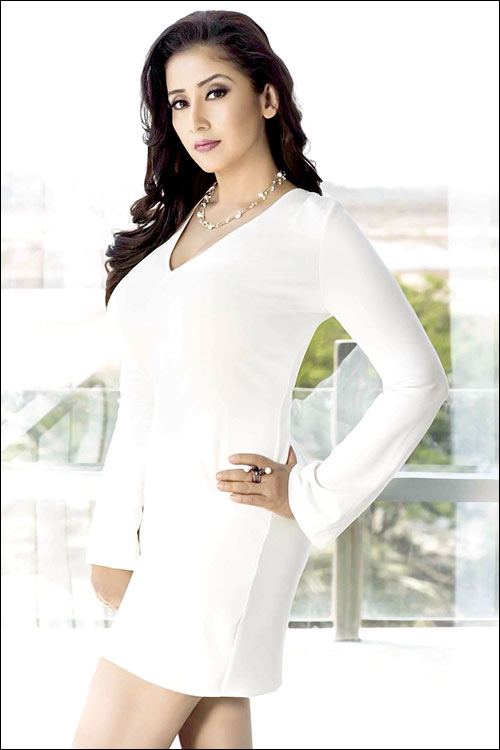 After her long struggle with cancer, Manisha Koirala stayed away from the world of glitz and glamour for a while. Post the hiatus, the actress is back on her feet and all set for action. Though there has been a lot of buzz about her comeback film in Bollywood, Manisha Koirala decided to work in South cinema before that. The actress' upcoming film is a bilingual Tamil-Kannada film titled Game.

The actress recently took to Twitter to post her look in the film. She wrote, "My 1st day of shoot #game reminded me whole lotta years of joy of filming..loads n loads to share." This picture has the actress sporting a white short dress with pearl neckpiece and ring.

From what we hear, Manisha Koirala will be seen playing a strong character with shades of grey. Directed by AMR Ramesh, Game is about a murder, a missing body and the investigation around it. The film also stars Arjun Sarja and Shaam. The film has been extensively shot in Karnataka and Switzerland.