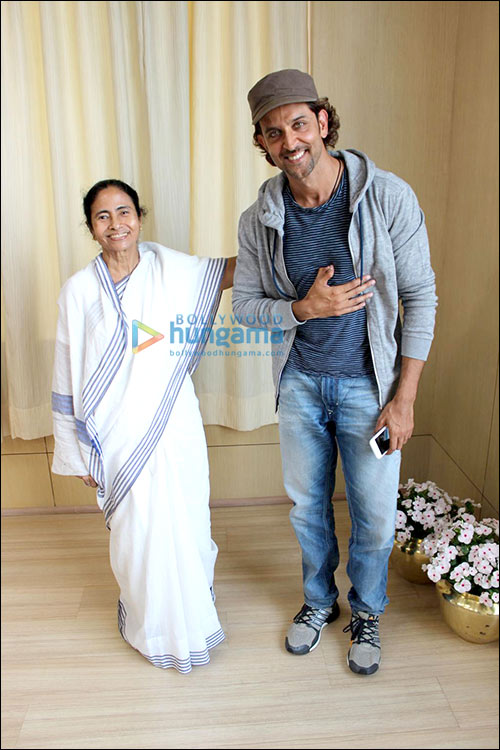 Recently, many Bollywood celebrities visited the beautiful city of Kolkata to perform at the grand opening ceremony of the Indian Premiere League. One of them was Hrithik Roshan who is known for his sleek dance moves.

Chief Minister of Kolkata, Mamata Banerjee was extremely happy to see the handsome hunk Hrithik Roshan and his humble ways and even took to Twitter to talk about his visit. She wrote, "Today @iHrithik called on me at Nabanna on a courtesy visit. He has come to #Kolkata for IPL inauguration."

Further extending her well wishes for him and his team, Mamata stated, "I was happy to meet @iHrithik. We had a nice round of discussions. My best wishes to him and his team." Hrithik Roshan, on the other hand, too was happy about the warmth he received and tweeted, "City of joy , I love you!! So much love here in Kolkata ! My dida would have been so proud.. Thank you all..."

Along with Hrithik Roshan, other actors like Anushka Sharma and Shahid Kapoor too performed at the IPL opening ceremony.