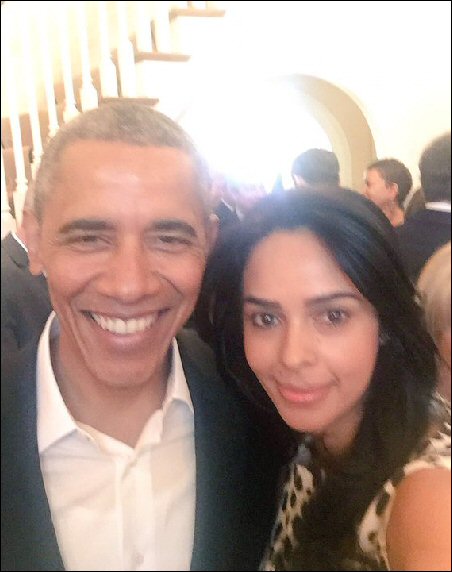 Though it's been quite some time since we heard about Mallika Sherawat the actress seems to be having a blast in the U.S. While it isn't surprising to see the actress staying in the U.S considering her love for Americans, she fulfilled yet another wish of hers - that of meeting the President of United States, Barack Obama.


Mallika Sherawat recently took to the micro blogging site to share this special moment where she posted a picture along with the President and further tweeted, "Had the good fortune of meeting the one and only,the charismatic president Obama again :)! #PresidentObama". Mallika Sherawat has done a handful of foreign projects which includes her stint in the Jackie Chan film The Myth and is also a frequenter at the renowned Cannes Film Festival.


Though the details of her recent projects are still unknown, she was last seen in the Bollywood film Dirty Politics.