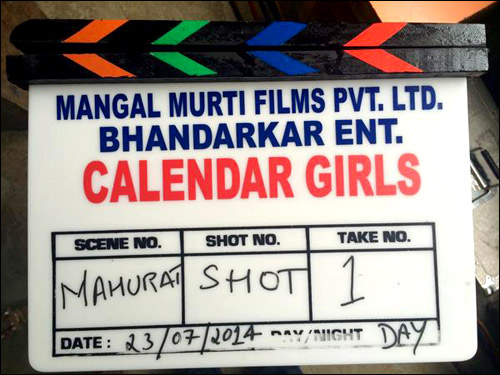 Trying to carve a niche away from commercial cinema, Madhur Bhandarkar has successfully penetrated the parallel cinema space with his realistic films. After the success of films like Page 3 and Fashion, he came up with Heroine starring the reigning actress of Bollywood Kareena Kapoor. And now, we will see Madhur exploring the life of Calendar Girls in a film by the same name.


The film Calendar Girls has gone on floors today, July 23, and the filmmaker tweeted about this moment on his official Twitter handle saying, "Shree Ganesh!" Unlike his other women-centric films which had one of the top actresses playing the lead, Calendar Girls is said to have fresh faces and the film supposedly stars about 12 newcomers playing the role of struggling models.


Also, we hear that post this, Madhur will be working on Madamji, which will be about an item girl turning politician.