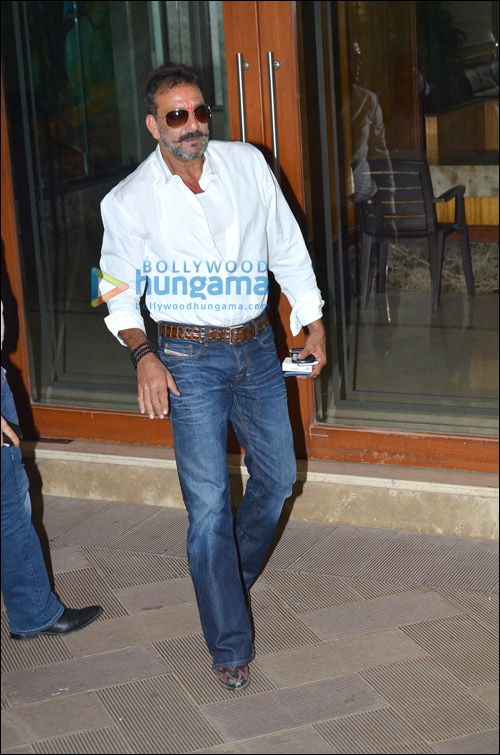 During the recently released Rensil D'Silva's directorial Ungli, the makers and the rest of the cast really missed Sanjay Dutt's presence during the promotions. However, now, it is good news for all fans since the actor is out on parole for a few days, where he wants to spend some quality time with his family.

Sanjay Dutt, who was sentenced to imprisonment a couple of years ago, has been coming in and out of jail on parole, owing to his and his wife Manyata's ill health. And recently, we got a glimpse of the actor who seems to have reduced oodles of weight owing to his hard work in jail. The actor apparently has been making heavy weight paper bags in prison. Sanjay Dutt, who was clicked by the media while he was returning home on parole, was seen in a rugged blue jeans and shirt. Moreover, the actor even posed for the lenses in a white ganji and flaunted his abs in front of these shutterbugs.