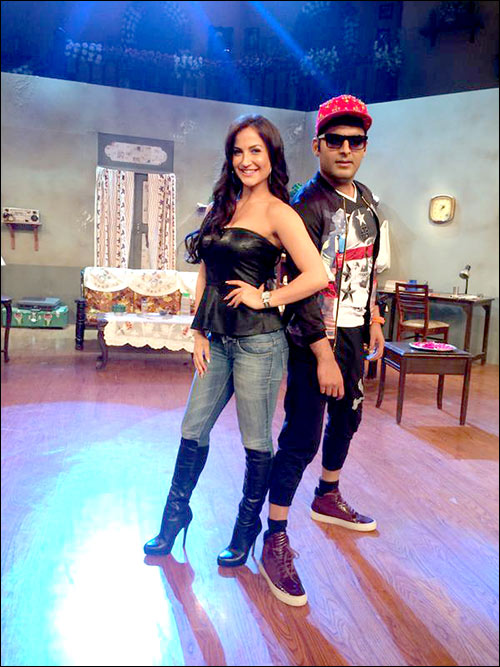 Despite a little bit of controversy and a few changes, Kapil Sharma's Bollywood debut seems to be on track. The stand-up comedian will be romancing three women in Kis Kisko Pyaar Karoon? which will mark his acting debut in Bollywood.

Kapil Sharma who also hosts his show, 'Comedy Nights With Kapil', was spotted bonding with co-star Elli Avram recently. Moreover, unlike his previous shows, this one had a completely different set. Moreover, from what we hear, the episode has Kapil, who in a state of nostalgia, revealed about how he almost got married to someone like Elli Avram. The episode also has Kiku Sharda (popularly known as Palak) playing the role of London walinani. The pictures of the two bonding were shared by Elli Avram on her Twitter handle and the two were spotted performing a romantic dance number.