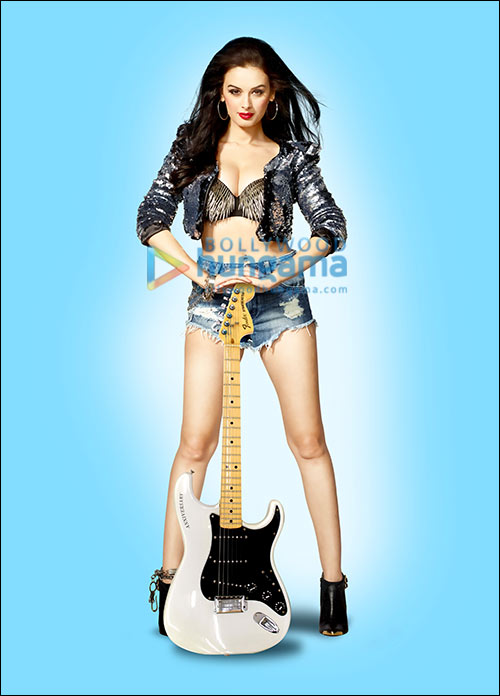 Evelyn Sharma's look from her upcoming film Kuch Kuch Locha Hai was recently revealed. The actress will be seen in a very different avatar in the film.

Evelyn Sharma will be playing an upcoming rockstar in the film and has gone out of her way to get into the skin of the character. Evelyn also took up guitar lessons so that she could be convincing while on camera.

Said Evelyn, "I believe that all actors should work hard to look convincing. My role in Kuch Kuch Locha Hai gave me a lot of scope for performance and my director, Devang Dholakia allowed me to experiment. My look has been carefully designed also keeping in mind the current fashion that young rockers sport. I'm very excited about the film and can't wait for people's reaction to my new look."

Devang adds, "It's always fun working with actors who are hard working and have a fresh perspective. Evelyn is like a gust of fresh air in my film and I'm really happy with how her character has shaped up. People are going to be in for a surprise when they see her in Kuch Kuch Locha Hai."

Produced by Magic Pictures and Entertainment in association with Maximus Multimedia, Kuch Kuch Locha Hai stars Sunny Leone and Ram Kapoor in the lead and it is slated to release on May 8, 2015.