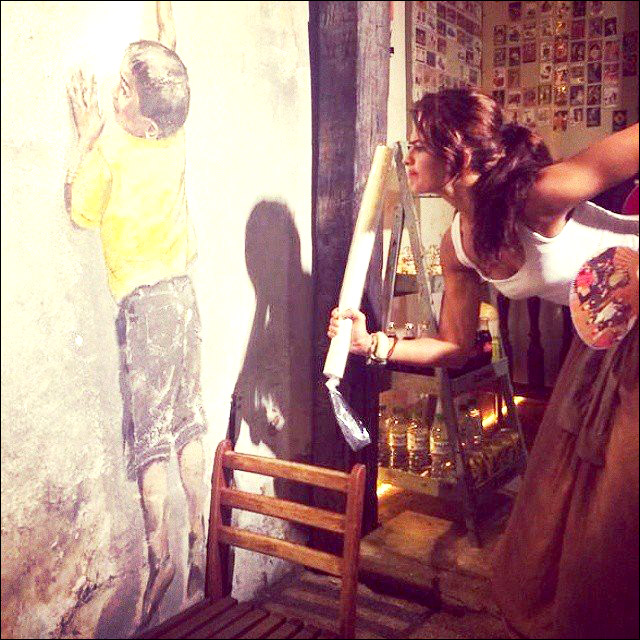 She may be busy shooting for her upcoming projects but that does not stop the young and vivacious Jacqueline Fernandez to indulge in some fun activities.

After wrapping up Kick, Jacqueline Fernandez resumed the shoot of Roy after a small holiday. While the actress was busy shooting in Malaysia, we at Bollywood Hungama decided to get a glimpse of some interesting photos that Jacqueline posted on the social networking site.

The first one that caught our attention was Jacqueline Fernandez's interesting click with the wall art. The actress is posing mischievously with this painting of a boy, with a stick in her hand at a popular cafÃ©. Also, she wrote about it saying, "Haha!! Even wall art is scared of me.."

Being the former beauty queen, the year 2014 turned out to be quite lucky for Jacqueline Fernandez, considering that her last film Kick with Salman Khan was one of the biggest blockbusters of the year. Jacqueline Fernandez now will be seen in a double role for the first time in Roy which also stars Ranbir Kapoor and Arjun Rampal. Produced by T-Series, Roy is directed by Vikramjit Singh and is slated to release on February 13, 2015.