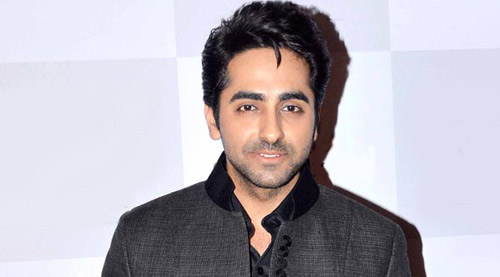 Ayushmann Khurrana who turns 31 on Monday is not much into birthday cakes and candles. "As you grow older and especially when you have your own children, the fascination with the typical birthday celebrations begins to wane. You look at simple basic pleasures on your birthday, like being with your family," confesses Ayushmann for whom 2015 has been a special year, what with his film Dum Laga Ke Haisha turning out to be the sleeper hit of the year.


So the simple pleasures this birthday? "I've flown down to my home-town Chandigarh to be with my family. On Monday, we're all going to Kasauli which is an hour's drive from our home. In fact you can see the foothills of the Himalayas from our home."


The entire family includes Ayushmann's parents and his parents-in-law who are very dear to him. During the past year, the one major change in Ayushmann's life has been that his wife and two children have joined him in Mumbai.


Earlier they stayed in Chandigarh."Yes, we are all together now, and that's my best birthday gift. It's basically to ensure the best possible schooling for my kids. Otherwise Chandigarh was just fine," says Ayushmann.


Ayushmann Khurrana has vivid memories of his childhood birthdays. "I remember as a child I'd get either a video game or a bicycle every birthday. I remember going to the store with my parents before one of my birthdays. They got me this really cool yellow bicycle. I wanted it in black or blue. But they said I'd have to wait for a couple of days. So I just came home with the yellow bicycle."


His career is going great guns. Says the young actor-singer. "I may be multi-faceted. But I am not a multi-tasker. So I can't pursue my singing and acting at the same time. If I am working on my songs then the acting assignments would have to wait, and versa."


He is currently in the process of finalizing a song for release. "My musical partner Rochak and I have zeroed in on 2-3 compositions. We'll be releasing one of them."


As for the film projects, Ayushmann Khurrana is biding his time inspite of Dum Lagake Haisha. "I'm reading a script every day. But I don't want to rush into any assignment that I'll regret later. I am in no hurry. I only want to do the film I am sure of."


At the moment Ayushmann has developed a secret passion. He reveals, "I want to learn professional dancing. As a child I used to do breakdance. I was more into dancing than singing back then. Now I want to pursue dancing seriously. Not just filmy dancing which is tough enough and I tried my hand (or shall I say, foot?) at in Dum Laga Ke Haisha. But dance was always meant to be a form of self-expression. I want to learn dancing to express my emotions."
He would be hiring a dance instructor once he's back from a flash-trip to Singapore to enjoy the grand prix and a couple of musical concerts. "I am always travelling. It's my way of exploring my inner world."


Any birthday wishes? "Just to do the kind of work that would make me and my family proud."