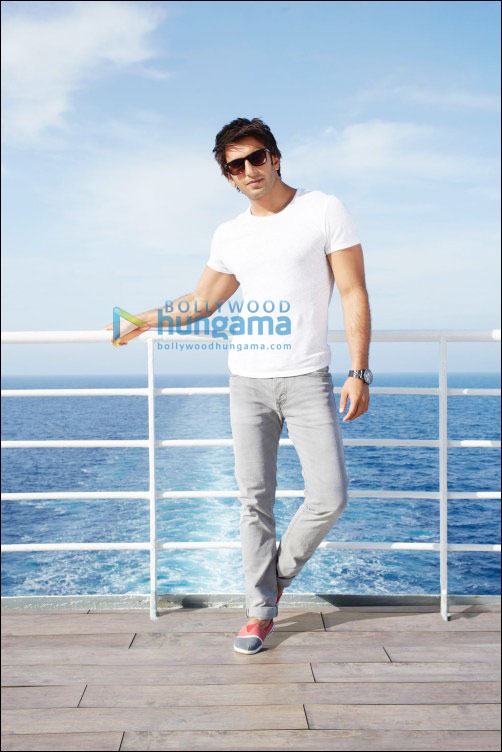 While it was his 'chichora' acting that wooed many in Band Baaja Baarat, Ranveer Singh revealed his suave and charming side in Ladies v/s Ricky Bahl. And yet another dapper avatar of the actor will be seen in Zoya Akhtar's upcoming family drama Dil Dhadakne Do.

From what we hear, Ranveer Singh plays the character of the care free Kabir from the Mehra clan who goes on a cruise with his family to celebrate their 30th wedding anniversary and will be accompanied by his married sister played Priyanka Chopra in the film. During their journey, it is being said that, Ranveer aka Kabir is constantly pestered by his parents to find the right match for him. The makers released the first look of Ranveer Singh wherein he is sporting a casual holiday look.

Produced by Excel Entertainment in association with Junglee Pictures and Mirchi Movies, Dil Dhadakne Do also stars Anil Kapoor, Anushka Sharma, Farhan Akhtar, Rahul Bose, Shefali Shah among others and is slated to release on June 5, 2015.