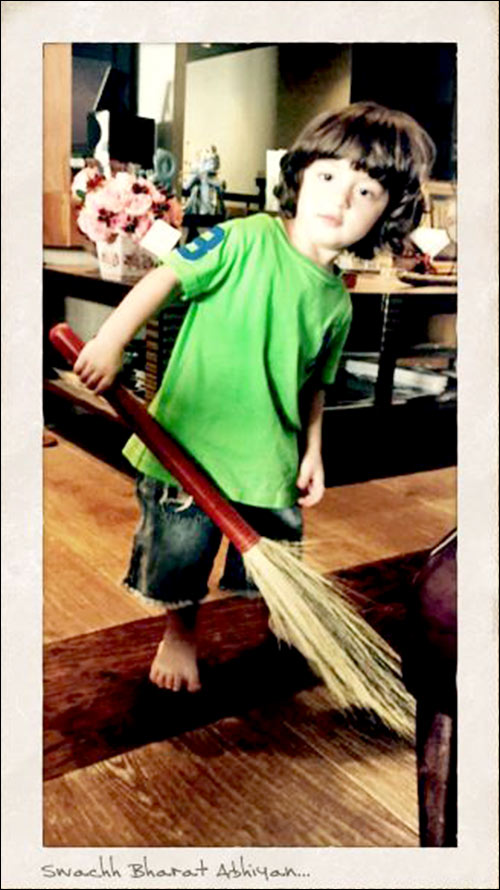 After our country's Prime Minister Narendra Modi started off with the 'Swachh Bharat Abhiyaan' movement that preaches cleanliness in our nation, the wave got caught on like wild fire all over the nation, including Bollywood.

Recently, Shah Rukh Khan posted an image on Twitter, of his darling son AbRam with a broom in his hand. Shah Rukh Khan even aptly captioned the image stating "Starting him young to believe in Clean India....Green India...& maybe a round or two of Quidditch!!" (For starters, 'Quidditch' is a fictional game from the 'Harry Potter' series that's played with flying broomsticks and balls).

With this, the tiny AbRam has indeed set an example for many others, to not just preach 'Swachh Bharat Abhiyaan', but also to take active participation in the same.