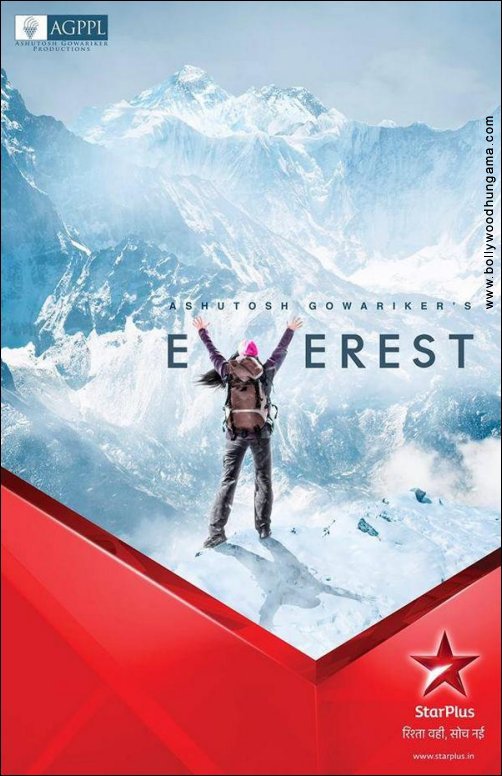 Filmmaker Ashutosh Gowariker, who is now considered one of the most prominent directors, had initially started his career in acting and has even been a part of many Indian television series and shows in the past. However, the actor turned filmmaker and went on to give big hits like Lagaan and Jodhaa Akbar.


Well versed with the world of television, Ashutosh Gowariker has now decided to produce one of its kind TV series titled 'Everest'. As the name suggests, the series will be a lot about trekking and mountaineering but it primarily focuses on a father-daughter relationship. The protagonist, whose face is kept under wraps in this first look, is a doting daughter who in order to gain acceptance by her father decides to climb the Mount Everest. Like other series, this one too will have many other characters whose journey and lives will be explored as a sub plot.


Just like Gowariker who will also be producing the show under the AGPPL banner, many believe that this show will change the phase of Indian Television which is currently caught under the web of quintessential Indian saas-bahu sagas.


Co-directed by Gleen Baretto and Ankush Mohla, the music for the show is composed by A R Rahman. The script is penned by Mitali Mahajan and the series has been shot at the Nehru Institute of Mountaineering also around beautiful snow clad peaks of Uttarakhand and Nepal. 'Everest' will go on air on the popular channel Star Plus.