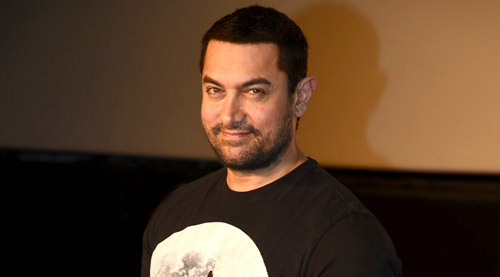 I just watched the 95 minute interview of Aamir Khan for Aap Ki Adaalat with Rajat Sharma. Aamir was combative and didn't buckle down under pressure. He didn't disown his earlier

statement. Those who felt that his recent tie up with Maharashtra chief minister Devendra Fadnavis was an act of compromise, he said that his commitment to water problem in Maharashtra was an old one and he

had been in talks with Mr Fadnavis for an year now. Here are the main points of the interview.

with diversity, people from many religions, speaking different languages, following various cultures thrive in India and that is the beauty. We must preserve our unity," Aamir said. He urged PM Modi to reign

in miscreants from any religion who are creating disaffection in the society.


2) Reacting to Anupam Kher's tirade against him, Aamir in a lighthearted way said that maybe Anupam thought that I'm referring to the wrong Kiran (Kirron Kher is Anupam's wife and this is the gist of Shirish


3) Aamir said that a few media personnel and news channels had spread a lot of misinformation about his statement (in the recent doctored video case involving JNU students, a few news channels have been


4) Aamir emphasised that he loves India dearly. He and Kiran would want to die in India. "A few actors have purchased homes in other countries, I have never done that," Aamir said. He also said that when you

love your country dearly that's when you want it to get better. "If you think there's something wrong we must talk about it and correct what's going wrong. Ye hamara desh hai, agar hum nahin bolenge to kya


5) Aamir stated that he had lodged police complaints against a few miscreants on social media who created doctored pictures of him allegedly with terrorists from Al Qaeda, an interview that he never did made

false claims about religion. Police has made a few arrests in this matter. He cautioned the youngsters to be more wary of internet and why they shouldn't promptly believe in any information that they get on


6) Aamir said that he is excitedly looking forward to 'Sultan'. He said that more than him and Salman being the heroes in 'Dangal' and 'Sultan' respectively, the real hero is wrestling.

7) Aamir said that he's not affected by the fact that he has been removed as the brand ambassador of Incredible India. He said that I consider India as my mother and how can you equate your mother with a

brand. He said that he shall continue working towards making India better. "Whatever campaigns I've done for the social welfare of India in the last 25 years, I haven't taken a single rupee," Aamir said.

8) With regards to the criticism of 'PK' and the particular scene involving the guy playing Shiv with PK running after him. Aamir said that it was an actor playing the role of Shiv ji in a play. If people

rightly so since they were playing characters.


9) Aamir defended his support for Sunny Leone and why he tweeted in her favour. He said that he respects everyone and no one should be humiliated because of their past. He quoted his mom when he used to come

back home after winning tennis matches in his childhood, and his mom used to say that you should also think about the boy who lost, how he must be thinking and how his mother must be thinking right now.

10) At the recent Make in India meet in Mumbai, Prime Minister Narendra Modi gently patted on Aamir's head. "It was out of love," Aamir said.


11) When a girl asked his opinion on the recent JNU crisis, Aamir excused himself stating that it will lead to another controversy.


12) About 'Dangal' Aamir said that it is a story that celebrates daughters of India.


13) With regards to Snapdeal not renewing his contract, Aamir said that the contract was for one year. He said that he does very few endorsements anyways.


14) In spite of repeatedly clarifying his stance on the intolerance remark, a boy once again asked him that how can he make such an irresponsible statement. "Have you not been listening to my interview for

the last one hour. I am talking about it again and again," Aamir said.


15) Aamir said that he was hurt when he was called a 'desh drohi' or a traitor on social media, or when a few people repeatedly told him to go to Pakistan. "I used to feel like telling them, that why don't

you go to Pakistan".


16) "If anyone addresses you with your religion then you should know that an attempt is being made to divide you. We all are Indians first," Aamir said amidst claps.


17) Aamir made an important statement when asked that different religions enjoy different laws in India. "I believe there should be only one law of the land which can respect the sentiments of various

religions but there should be one law," Aamir said.