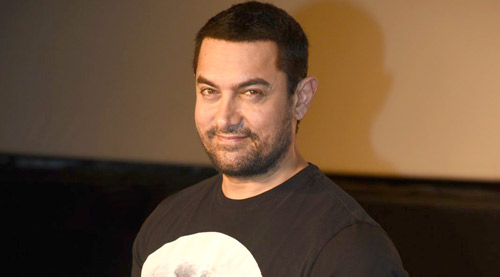 1. Qayamat Se Qayamat Tak (1988): The (lover) 'Boy Next Door' image which was created specifically for this film became the reference point for Aamir's image in future. He is the dependable guy next door who'll come to your rescue if your wash basin gets leaky or your child goes missing.

2. Jo Jeeta Wohi Sikandar (1992): Gave a mainstream sanctity to sports films in Bollywood. Prior to JJWS, sports films didn't work. Now Aamir is all set to give the same legitimacy to wrestling in Dangal.

3. Andaz Apna Apna (1994): The situational Tom & Jerry comedy came out of the closet with this one. Aamir Khan had a ball both on and off the sets. This one set the tone for 2-hero bantering films.

4. Lagaan (2001): With Lagaan, Aamir broke many myths: that period films don't work, that he wouldn't be able to carry off a dhoti, that the West cannot be won by Bollywood. Lagaan went on to become one of the most beloved Bollywood films abroad. To this day, it remains the only successful cricket-based film.

6. Rang De Basanti (2006): One of India's most influential films it created a new heightened social awareness about corruption in politics. Again Aamir played a character at least a decade younger than his real age.

7. Taare Zameen Par (2007): Marked Aamir's directorial debut, and created a special space for films dealing with problems pertaining to impressionable minds. This film is a textbook on child-raring. And about the sacred guru-shishya relationship. The other side of the teacher-pupil equation seen in Whiplash.

8. 3 idiots (2009): Arguably Bollywood's highest grossing film ever, 3 Idiots re-defined the parameters of the education system. It pointed out the faults in the faculty and assumed that an individual's destiny need not be shaped in the classroom.

9. Delhi Belly (2011): Producer Aamir Khan's salute to smutty cinema. It created a special space for the sex comedy that was not there in mainstream Hindi cinema. Lekin kya aisi 'niche' harkatein Aamir ko shobha detin hain? The debate rages on.

10. PK: This Raju Hirani directed blockbuster did to organized religion what 3 Idiots did to formal education. Aamir's cinema constantly re-defines the parameters of mainstream Bollywood entertainment. A bold fearless trendsetter is how we can define this Khan.