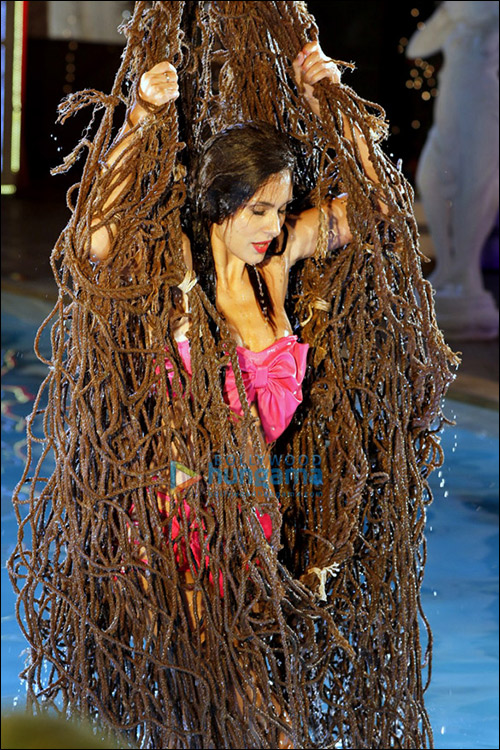 Bruna Abdullah, who was last seen in Jai Ho playing Ashmit Patel's love interest, has flaunted her dancing skills in reality shows like 'Nach Baliye'. Now, the actress is all set to sizzle on the big screen with an item number in the upcoming film Robin Hood Ke Potte.

Bruna Abdullah was recently spotted shooting for the peppy number that was choreographed by Mudassar Khan in Panchgani. The actress shot for it in a pool, in a pink two piece swim wear. Producer Manoj Chathurvedi is just excited about the Grand Masti actress coming on board but also mentioned that she will add the much required glamour in the film. On the other hand, Bruna expressed her happiness over the fact that the film has given her an opportunity to explore her passion for dancing.

Bruna Abdullah gets ENGAGED to her Scottish…