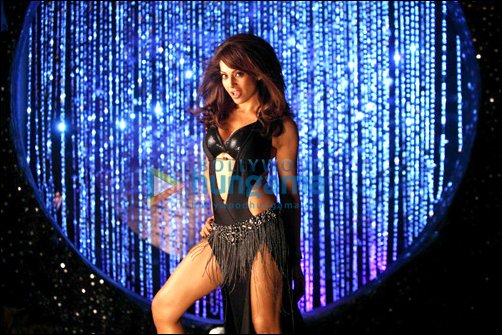 The promos of Players have been doing the rounds for a few days now and one obvious thing which a lot of people noticed was the fact that most of the songs were picturised on Sonam Kapoor leaving us wondering whether the other actress Bipasha Basu had any song picturised on her. Well, all you fans of Bips can now heave a sigh of relief as the song featuring Bipasha called 'Ho Gayi Tun' is now rocking the airwaves. The song features Bipasha dancing in a club and also has Abhishek, Bobby, Sikander, Neil and Omi.

Director Abbas (of Abbas-Mustan duo) said that they had asked choreographer Bosco-Caesar to refer to veteran actress Helenji's dance moves. A major part of the song has been shot in a Moscow night club. The song has Bips trying to seduce a Russian Army officer. The story doesn't end here. Abbas also added that since the said night club was open from 5 pm to 4 am only, it gave the crew very little time for retakes and set ups. That's why they shot the major portions there while the rest of the song was shot at an identical set that was erected in Chandivili studios in Mumbai.