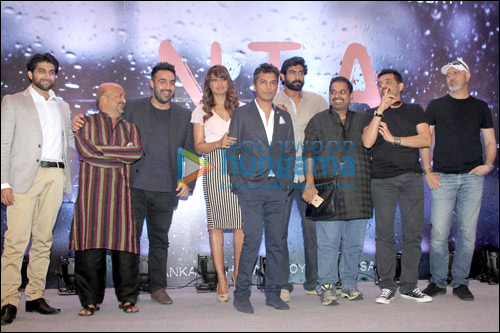 Earlier we had reported that designer Vikram Phadnis is all set to don the director's hat with his next and he will be having his favourite actress and friend Bipasha Basu leading the star cast. Not wasting much time, the director has already taken the first step towards his debut directorial.

Titled Nia, the film is produced by Aashish Raj Mehrotra and Amit Suri of Three Aces Productions (An Australian production house based out of Melbourne) and it will extensively be shot in Australia.

As we had mentioned before, Nia is based on an emotional subject and the film's concept revolves round celebrating life and all that it has to offer. While the music is composed by Shankar-Ehsaan-Loy, the lyrics will be penned by Sameer Anjaan.

Excited about his debut, Vikram Phadnis says, "It's a huge moment for me and I'm happy to be celebrating it with the industry. I'm excited to announce my directorial venture Nia. It's a great subject that touches an emotional chord. We will start shooting in January for a 50 day schedule and I look forward to getting behind the camera".

Adding further, producers Aashish Mehrotra and Amit Suri say, "We are happy to collaborate with Vikram Phadnis on the occasion of his completing 25 years in the entertainment industry - Having taken the fashion world by storm, we are confident that he will spin his magic behind the camera as he makes his directorial debut."

Nia also stars Rana Daggubati and it goes on floor in January 2015.