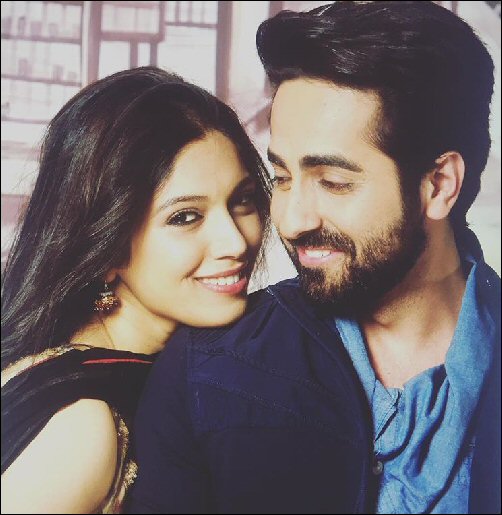 
Ayushmann Khurrana took to Instagram to post a picture of him and Bhumi Pednekar from the film Manmarziyaan and also revealed about the details of the film saying, "Manmarziyaan will be going on floors in jan end. Can't wait to shoot for this pure romance in punjab. #bollywood". The film is said to be a love triangle with Vicky Kaushal of Masaan fame playing a parallel lead. Unlike the rustic avatar of Bhumi in her debut film, this one sees the actress in a slimmer and different look.


Manmarziyaan that will be extensively shot in Punjab is directed by Sameer Sharma and produced by Anand L. Rai. The music will be given by Amit Trivedi along with cinematography by Avinash Arun. We also hear that Ayushmann will be lending his voice for the songs in the film.