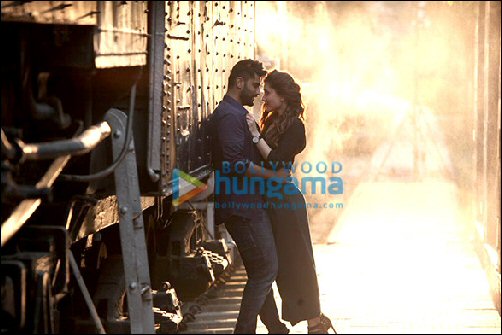 The New Year celebrations are finally dying down and most of us are still updating our social profiles with happenings of the past couple of days. But for most Arjun Kapoor and Kareena Kapoor Khan fans, it is a nice day to start the year with the first look of the two being revealed from their film Ki And Ka.


Posting about the image on twitter Arjun added, "So I wake up 2 a surprise myself...Let Kia & Kabir s romance begin...#kiandka this summer we shall make u smile..." Said to be a comedy-drama Ki and Ka that features Arjun and Kareena in lead roles is directed by R. Balki, while the story of the film follows a young, married couple whose relationship challenges the gender roles placed upon women and men in Indian society.


Slated to release on April 1, Ki and Ka also features Amitabh Bachchan and wife Jaya in a special appearance.