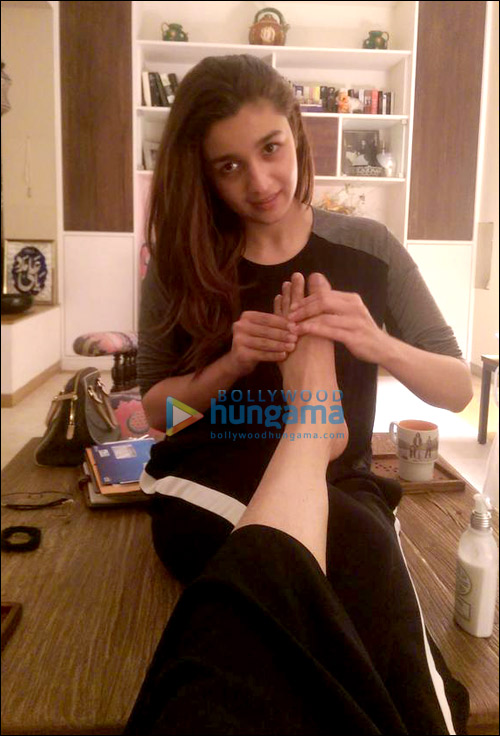 Alia Bhatt is an ambitious actress with three back to back hits in 2014 but the young girl, no doubt, is still the apple of her father's eye. Mahesh Bhatt recently gave us a glimpse of the father-daughter bond on his Twitter handle.


The filmmaker who often takes to Twitter to post his opinions and thoughts recently put up a picture of Alia Bhatt massaging his foot after a long and tiring day. He also wrote about it saying, "I feel like an old taxi which has clocked too many miles. Massage for my tired feet from Alia is the best gift ever!"

Moreover, the proud father even revealed that he pays his daughter a fixed sum as a token of love after the foot massaging session. While as a child Alia Bhatt earned Rs. 500, now that she has become independent, the amount has doubled and now she gets a sum of Rs. 1000. Mahesh Bhatt posted a picture of the same, saying, "The best things in life are NOT free! Alia used to get 500 bucks as a child for massaging my foot. Now 1000!"


After the success of her last film Humpty Sharma Ki Dulhania, Alia Bhatt was recently in London to complete the first shoot schedule of her upcoming film Shandaar with co-star Shahid Kapoor.