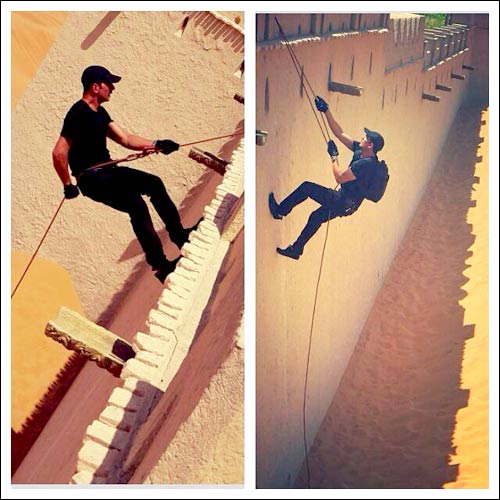 After delivering a hit film Special 26, the unbeatable duo of Akshay Kumar and Neeraj Pandey are back with their latest offering Baby, a film that has been making news (for all the right reasons) ever since it was announced.

With the kind of hard work that Akshay Kumar is undergoing for this film, the film is looking all set to create new records on its release. A proof of Akshay Kumar's hard work and dedication can be seen in the images which he has posted on his official Facebook page.

Akshay wrote, "Forget the 51degree heat that I could handle. But the scorching rock & burning rope on the way down, now that kinda stung a bit Ha! Loved even minute of it.Warming up & getting the feel of the ropes for the final abseil."