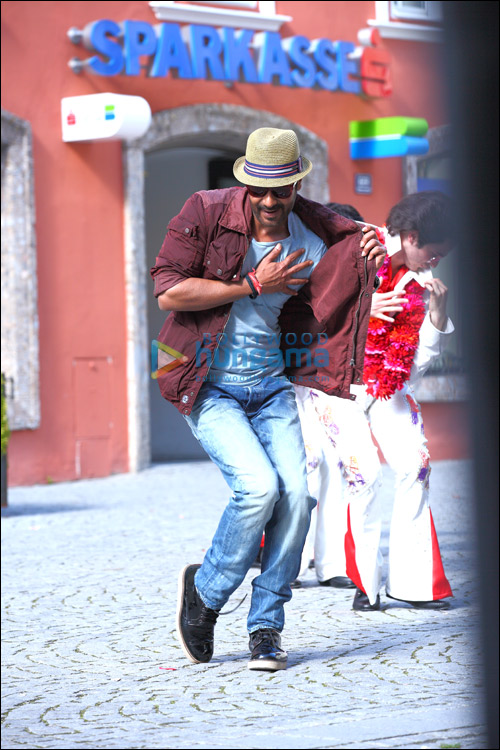 After his tough cop act in Singham Returns, we will get to see a new action packed avatar of Ajay Devgn in his upcoming film Action Jackson. While we got a glimpse of Ajay Devgn's well toned body in the recently released look of the film, here is yet another avatar of the superstar in Action Jackson.


Ajay Devgn has always maintained that he has had two left feet when it comes to dancing for Bollywood films but with Prabhu Dheva as his director, we believe that the actor will soon change this opinion about himself. Known for his suave dance moves, Prabhu Dheva is a professional choreographer. But Prabhu who soon switched to direction, is working with Ajay Devgn for the first time for Action Jackson. The team was recently shooting in Austria and here is an exclusive image showing Devgn doing quite the eye-catching move for the movie!The actor is sporting a casual attire with a hat and shades; adding to the look is his beard.


Though the details of the song are currently being kept under wraps, this film will have Ajay Devgn dancing and grooving much more than he usually does for his films.