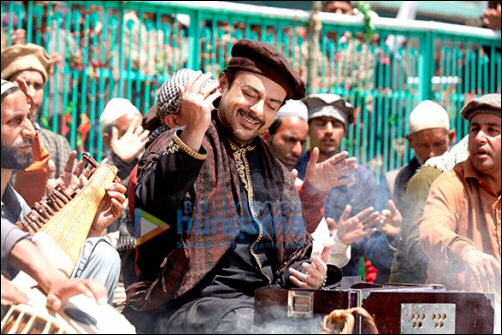 Salman Khan's Bajrangi Bhaijaan is one of the most awaited films this year, considering the actor's immense fan following. Now adding a bit more to the film, we hear

that Salman has collaborated with singer Adnan Sami for a track in the film. In fact Salman Khan revealed the same on twitter via a series of tweets saying, "My favorite song coming soon in ...

voice. Guess in whose voice."

him singing a qawalli. Further we also hear that the track 'Bhardo Jholi Meri' was shot at the Aishmuqam dargah in Kashmir, and has been inspired from the qawali written by Kausar Munir.

As for the film itself, Bajrangi Bhaijaan, that also features Kareena Kapoor Khan and is directed by Kabir Khan is slated for release this Eid.