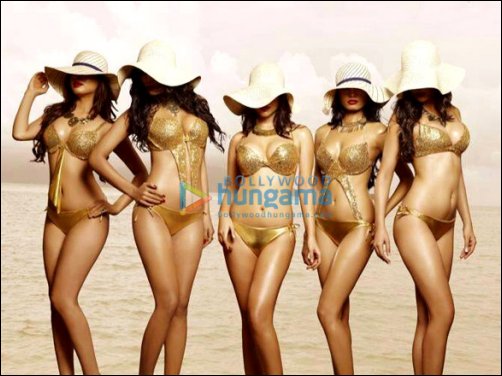 Madhur Bhandarkar's next titled Calendar Girls that revolves around the models who gain popularity after featuring in famous calendars, has gone on floor this month. While everyone is aware that the film is being shot, no one is aware about the cast of the film since the director is shooting it at a guarded set.

Madhur is not entertaining any visitor while he is shooting the film and no one is allowed to carry mobile phones or cameras while the shoot is on. Not only this, Producer Sangeeta Ahir of Mangal Murti Films has made sure that apart from the cast, the whole crew signs a non disclosure agreement so that no information is leaked to any outsider. Says Sangeeta Ahir, "Madhur has opted for five newcomers for the film and there is a strategy to talk about them at the right time. Right now, our priority is to get done with the shoot and once we are closer to the release, a marketing campaign will be initiated to talk about the girls who are being launched."

Adds Madhur, "While we were looking for glamorous girls, it was important that they act well too since the film is heavy on content. I am happy that we managed to get the right cast."

We have heard that the film is being shot on a lavish scale in Mumbai and also at one of the exotic locations abroad with lots of glitz and glamour.

While we can only tell you that all the five girls come from a modeling background from various cities across India, you will have to wait a bit longer to know who they are.