Anushka Sharma is definitely one of the most talented actresses of our generation. She also has a knack of picking up interesting skills which not many would think of learning and that’s what makes her hugely different and an extremely interesting talent. We have exclusively learnt that the actress, who is currently in London finishing her work commitments, has also enrolled herself in a pottery class which she is attending daily! There have been instances globally where top actors have learnt a new skillset just to centre themselves as artists. The iconic, multiple Oscar winning actor, Daniel Day-Lewis famously apprenticed as a shoemaker in Florence, Italy, studying under the late master cobbler Stefano Bemer! 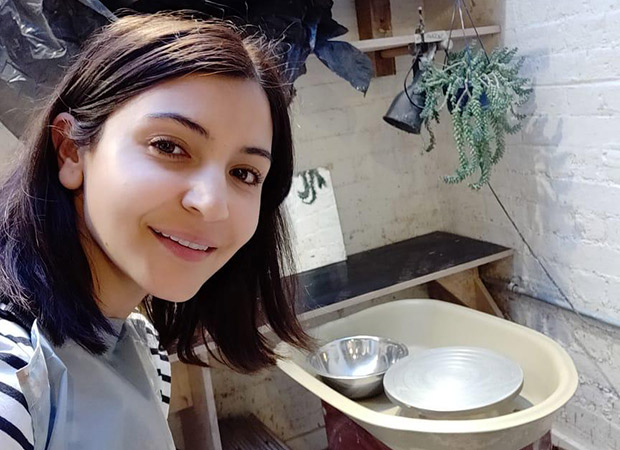 “BCCI has mandated that wives of cricketers only spend 15 days with their partners during the World Cup and Anushka and Virat are following the guidelines that have been set. Anushka is expected to meet Virat this month end as per stipulations but before that she travelled to London to finish her brand commitments. She also flew to Brussels to do an extensive shoot over two days. No one knows that she has also enrolled herself in a pottery class in London and attends classes daily. Every talented artist constantly looks to better themselves by picking up new skills that teach them valuable lessons and Anushka, who is set to start her next film in which she is expected to play a cop, wants to do just that,” informs a source.

“If we remember Anushka perfected the skill of embroidering for about 3 months when she decided to do Sui Dhaaga. She also learnt how to use the charkha to better her performance. Anushka has always gone the distance for her films and always shown the inclination to pick up new skills. She is not learning pottery for a film role but is doing it because she was hugely interested to learn this skill. She has planned her London trip perfectly,” the source adds.